Welcome to MAEurope, the European blog of Sciences Po

Hungary and Poland’s anti-democratic turn: a new era or more of the same?

at Sciences Po, Paris, and at CERGU at the University of Gothenburg. His research concentrates on political competition in Europe with the aim of uncovering the ideological conflict lines in different countries. He is also one of the principal investigators of the Chapel Hill Expert Survey. He has published in World Politics, Party Politics, European Union Politics, European Political Science Review, East European Politics and Societies and elsewhere.

Reforms affecting the independence of courts and the media in Hungary and Poland have received significant attention in recent months. But to what extent do these developments constitute a genuine shift in the nature of Hungarian and Polish politics? Jan Rovny writes that while both countries have witnessed a rise in support for parties with anti-democratic tendencies, the dynamics of party competition remain consistent with the liberal-conservative political divide that has characterised the politics of these countries since the fall of communism.

Hungary and Poland have recently witnessed constitutional changes that have limited the independence of courts and the media. As these developments attract international attention, they beg the question of whether the politics of eastern Europe is being fundamentally altered, and the democratic achievements of the region reversed. My research suggests that while the recent changes in Hungary and Poland are a cause for concern, they do not represent a departure from traditionally entrenched contests within these societies. Instead, the current politics of Hungary and Poland continue to replicate, and even deepen, historical political divides. Lire la suite  →

Michael Fürmann and Laura Winninger are exchange students from the University of Vienna. Pursuing a law degree at their home university, they currently benefit from an exchange with the Master of European Affairs Program at Sciences Po Paris

« Can’t we simply call it an instrument? »

After three hours of intense negotiations, the representatives from three different universities are in the middle of a heated debate. Should the new measures and competences in the sensitive field of taxation become part of a DG and thus the Commission? Or should they be decentralised in an agency? Is there maybe a middle way, which would allow for a more balanced solution?

This year the course « Rebuilding Europe », held at three different campuses, charged more than 50 students of Sciences Po Paris, the University of Gothenburg and the Charles University with the difficult task to find a solution for the so-called Greek crisis. For over 8 weeks, the students met over and over again in changing line-ups ranging from small working groups to big plenaries. In a first step, they were asked to find a common position at their respective universities. In a final session held online, the representatives of each university discussed and drafted a common final proposition. END_OF_DOCUMENT_TOKEN_TO_BE_REPLACED 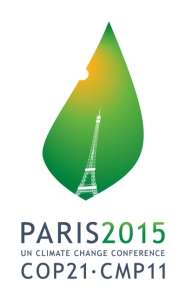 END_OF_DOCUMENT_TOKEN_TO_BE_REPLACED

The Rise of the Eurosceptics – A threat to the European Parliament?

Anne-Sophie Behm is currently student of the Master of European Affairs at Sciences Po Paris. From 2012 to 2014 she worked as a research assistant at the Centre Emile Durkheim of Sciences Po Bordeaux, having contributed to several international projects (CITREP, ANR Europolix) and published articles on French national and local deputies.

The Rise of the Eurosceptics – A threat to the European Parliament?

The good news after the last European elections in 2014: Turnout had not shrunk further since 2009. The bad news: However, not even half of the European population found the way to the ballot boxed and nearly a third of the remaining voted for Eurosceptic national parties.

END_OF_DOCUMENT_TOKEN_TO_BE_REPLACED

This post was originally published in Democratic Audit UK on April 13th 2015.

National parliaments, it turns out, are not the poor losers of EU integration – at least not anymore. A recent comparative study shows that they are in general rather active in EU affairs. This is all the more the case, where they are in a strong institutional position in EU affairs. In addition, their activities vary depending on the parliamentary function they emphasise most. Over the course of EU integration, national parliaments have undergone a profound process of formal Europeanisation and are now generally in a much better position to become involved in EU affairs. This adaptation has also followed roughly similar institutional patterns. National parliaments have all established specialised committees – the European Affairs Committees (EACs) – and they have obtained extended rights to be informed about and to give their views on European legislative proposals. Yet the question to what extent parliaments actually make use of their better formal position still remained open, especially given that MPs are well known for not regularly using all the weapons in their armoury. We therefore analysed the parliamentary EU activities across all 27 national parliaments in the EU between 2010 and 2012. END_OF_DOCUMENT_TOKEN_TO_BE_REPLACED